This makes saving for it even less of a priority. You may say to yourself “ I have plenty of time.”

While this is true, you do have plenty of time, it's even more of an argument as to why you need to put it at the forefront of your mind.

The sooner you start putting money away, the more it will grow and give you the financial security that you need in your golden years.

Compounding interest is when your interest earned on an account is calculated based on the money you have deposited PLUS the interest accumulated over time.

So as you earn interest, your balance grows, and so does the amount of interest paid on that balance, leading to growing interest payments.

Imagine a snowball rolling down a hill. As it rolls, it grows larger and larger. That is what is happening with your money when it's in an account compounding.

The earlier you start this the better, because the longer the money has to compound, the more powerful it is.

You can use this compound savings calculator to estimate what you could earn over time with the numbers that fit your situation.

Here is an example of what savings could look like starting with a $5000 initial deposit:

Earning 5%, compounded monthly, over 30 years with a $100 monthly deposit.

That is compounding interest at work.

Don't Be Afraid of the Stock Market

The term “stock market” can send some people running the other way. There are many people that won't even consider investing.

However, If you have a sponsored retirement plan at work, you're more than likely invested in the stock market.

Your risk tolerance is certainly something to consider when you're choosing how you're going to grow your nest egg for retirement.

Although investing in stocks isn't for all palates, keep this in mind…

The stock market has been one of the top wealth generating machines and it's how most people grow their money for the future.

The stock market has historically produced average returns of around 7% after you account for inflation (inflation destroys the purchasing power of our money over time, which is why a Coke doesn't cost a nickel anymore).

There is risk associated with any kind of investing, however, when you have a long time horizon to be able to let money work, you're much better suited to go through the average market cycles.

The financial crisis and stock market crash of 2008 has left a really bad taste in many people's mouths (and rightfully so), however, the market has recovered all of the losses, plus more.

Economic cycles happen over and over. You may have to one day live through another recession or bear market, however, you likely have time on your hands to let it work itself out.

Not to mention, as you age, you'll likely move more out of stocks and into safer bonds to protect the nest egg that you've built.

When you start saving for retirement in your early 20’s or 30’s this can really give you some flexibility when retirement actually comes around.

Many people who begin saving later in life (40 years +) find themselves having to work well into their 70’s simply because they don’t have the savings not to.

Compounding interest just doesn't have as much time to make things happen exponentially.

If you work hard at it earlier in life, you could find that retirement at 50 or younger is a real possibility financially.

As you get older, you'll thank yourself.

According to the Social Security Administration (SSA), about 60 million Americans will receive roughly $1 trillion in benefits in 2018.

The Social Security Act was signed into law in by President Franklin D. Roosevelt in 1935 and it's one of the most important social programs that we have in America.

It's no secret that funding for social security is an ongoing concern.

As far as the future or social security? We probably won’t see it go away completely since we're all going to continue to pay into it, but relying on it for retirement as past generations once did isn't a wise idea.

Social security doesn't replace the income you were earning, it simply supplements it. Social security payments are calculated using the 35 highest earning years of your career.

With that said, it's just another reason to consider the importance of starting young and generating wealth over time.

Get a FREE Trial of YCharts 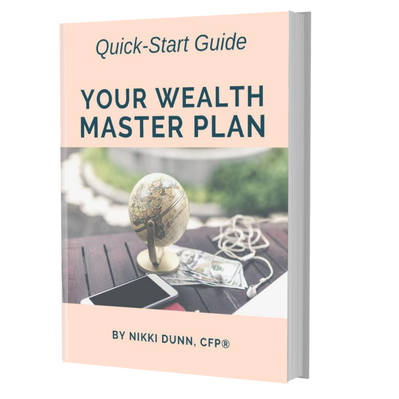